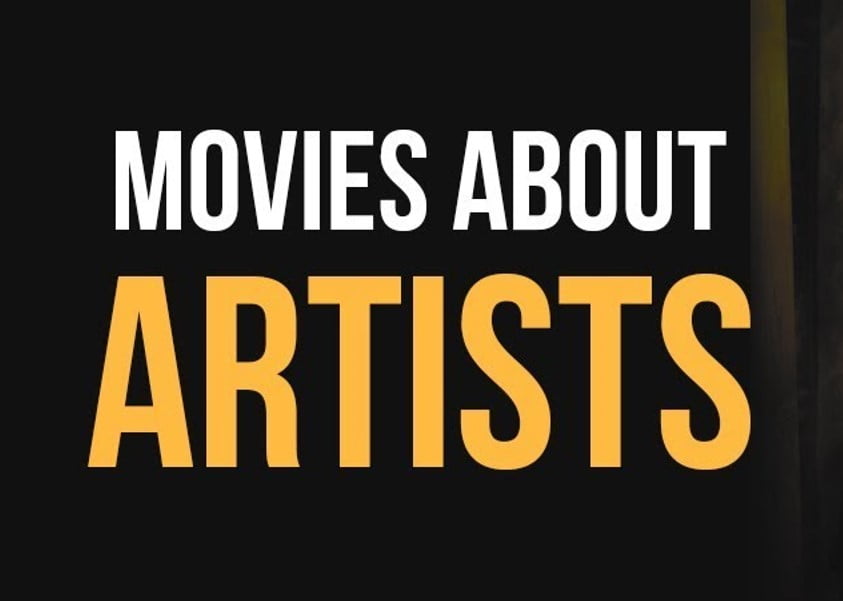 Vincent Van Gogh biography had gained several cinematic adaptations. Lust for Life with Kirk Douglas as the struggling artist is one of the most notable. The movie is based on a best selling book by Irving Stone, who also authored The Agony and the Ecstasy about Michelangelo, which also had appeared on the silver screen.

If you are a fan of Van Gogh artwork, you would enjoy watching Last for Life, which features almost 200 of Van Gogh’s original paintings. However, if you are familiar with Kirk Douglas previous filmographic, seeing him as a tortured Dutch painter might take a little adjustment. Another recommended film about Van Gogh is Robert Altman’s Vincent and Theo from 1990.

Like Van Gogh, Pablo Picasso image made him an iconic figure outside the artistic circles. While Van Gogh symbolizes the self destructive, manic depressive artist who achieves success only after his death, Picasso represents the misanthropic and womanizer artist. Picasso infamous relationship with women is the focus of this Merchant and Ivory film. The story is told from the eyes of Picasso mistress Francoise Gilot and features only reproductions of Picasso works. With Anthony Hopkins talent and his physical resemblance to Picasso, Surviving Picasso manages to create an unflattering portrait of an artist as a cruel, self centered genius.

Girl with Pearl Earring directed by Peter Webber in 2003

Comparing to Van Gogh and Picasso, Vermeer’s biography is less known and less controversial. Therefore Girl with Pearl Earring is much more restrained and delicate. The movie focuses on a short period in Vermeer’s life in which he was painting the portrait of his young low class maid. Although Girl with Pearl Earring does not avoid filmic conventions by over dramatizing Vermeer’s painting process, the movie is worth watching if only for its artistic design, which success in evoking Vermeer’s perception of light and color.

Basquiat directed by Julian Schnabel in 1996

The most common critique against movies that deals with visual arts is the way they depict the creation process. Therefore, there were big expectations from Basquiat, which was directed by the celebrated painter Julian Schnabel. Schnabel did well in depicting Jean Michelle Basquiat rise and fall story in less the predictable manner we have seen millions time before. However, the only reason to watch Basquiat is David Bowie plays the role of Andy Warhol.

Frida directed by Julie Taymor in 2002

Like most of the visual artists who had their life story appear on the silver screen, Frida Kahlo carried an unusual biography, which includes bus accident, problematic marriage, and an affair with Leon Trotsky. Like Van Gogh, Picasso and Jackson Pollock, who was the subject of a biopic from 2000, Frida Kahlo was an icon long before Frida was released, but the 123 minutes film did help to strength her position as a feminist idol and probably the most famous woman painter of the 20 century. Frida tries its best to integrate Frida Kahlo life story with her painting and the result is very colorful and pleasant, but still does not stay far enough from the conventions of depicting artists on film.