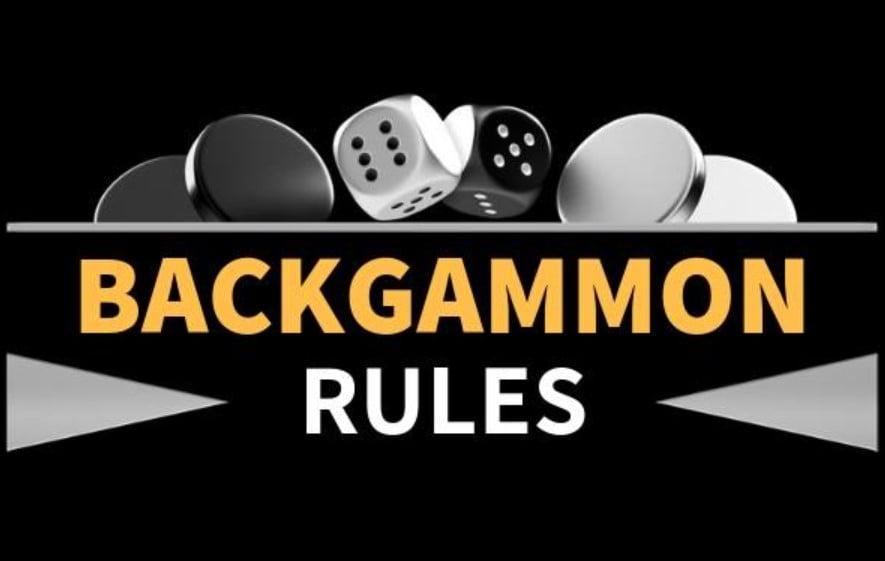 The board game backgammon is one of the most ancient games known to man. It is believed that early variations of the game were played in Ancient Egypt, Mesopotamia and Ancient Rome. Since then, the game has evolved, changed several names and spread to different parts of the world. It is currently a popular pastime all over the US, East Asia, Europe, and the Middle East.
In order to play backgammon all you need is a partner, two dice and a special backgammon board with checkers. The backgammon board is divided into two sides with each one is the mirror reflection of the other. Each side contains 12 triangles called points numbered from 1 to 24.
Points 1 to 6: Home Board or Inner Board</li>
Points 7 to 12: Outer Board
7 point: Bar Point
13 point: Mid Point
At the starting position of the game, each player has 2 checkers on the 24 point, 3 checkers on the 8 point and 5 on the 13 and 6 point. Each player moves from his home board through the outer board towards the opponent home board.
The object of backgammon, then, is to move your checkers towards your opponent home board and remove them off the board before your opponent moves his checkers towards your home board. The speed of the progress of each move is determined by the outcome of the dice roll.
The backgammon play begins with both players tossing one die. The player whose outcome is the highest, makes the first move using both his and his opponents number. If the outcome of the dice toss is even, the players toss the dice again until an uneven outcome appears. From now on, each player tosses both dice on his turn.
After each toss of dice, you should move your checkers forward the number of steps appears on both dice. You can move either one checker the number of steps summed up by both die or move two checkers. To make it clearer: if the outcome of the dice roll is 5 and 4, you can either move one checker 9 steps forward or move one checker 5 steps forward and then move the other piece 4 steps forward
If the dice rolls a double, which means an even number on both dice, you can move double the number appears on the dice. For example, if you roll double 2, you can move 2 points four times. In that case, you can either move one checker 8 steps forward; move two checkers a total of 4 steps; move two checkers a total of 2 steps each plus a total of 4 steps; move one checker a total of 6 steps plus 2 steps; or move four checkers 2 steps.
You can move a checker to a point where there is another one of your checkers or no more than one checker of your opponent, called blot. When you hit a blot, it is moved to the middle of the board to the part divided between the home board and the outer boards, called the bar.
The checkers placed on the bar are kept out of play until the bar can be entered by a dice roll in the opponent’s home boards. For example, if you roll 2, you can enter a checker to the 23 point and enter the opponents home board and re enter the bar checkers into the game. You cannot move the other checkers unless your entire bar checkers are at your opponents home board.
By the time your checkers are in your home board, you must remove the checkers from the board, to bear off, using a roll of dice. For example, if you roll 1, you can bear off one checker from the 1 point; if you roll 2, you can move a checker form the 2 point, and so on.
If your opponent has not borne off any checkers while you have borne off 15 checkers, you win the gammon. If your opponent has not borne off any checkers and still some of his checkers are placed on the bar, while you have borne off 15 checkers, then you win the backgammon.