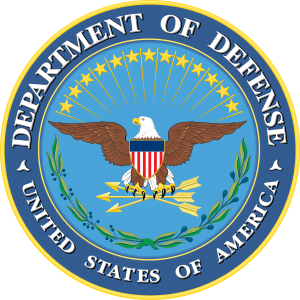 The top commander of the department of Defense network operations just ordered a crackdown on security. According to a recent article by NetworkWorld on January 16,2006, Lt. General Charles Croom is quoted as saying, “The attacks are coming from everywhere and they’re getting better.” His talk was the keynote address at the Department of Defense Cyber Crime Conference held on January 9 – 14, 2005 in Clearwater, Florida. The event is sponsored by the Defense Cyber Crime Center and the Joint Task Force. Over 500 computer crime specialists from the FBI and the military attended the event.

The crackdown was related to a recent arrest of a “Computer Virus Broker” named Jeanson James Ancheta. On further investigation, a Department of Justice press release from Nov 3rd, 2005 offered the following information on this incident, “In the first prosecution of its kind in the nation, a well-known member of the “botmaster underground” has been indicted on federal charges for profiting from the use of “botnets” – armies of computers that are under the control of the botmaster and are used to launch destructive attacks or to send huge quantities of spam across the Internet.

Jeanson James Ancheta, 20, of Downey, California, was arrested this morning by special agents with the Federal Bureau of Investigation. Ancheta was indicted yesterday in two separate conspiracies, as well as substantive charges of attempting to cause damage to protected computers, causing damage to computers used by the federal government in national defense, accessing protected computers without authorization to commit fraud and money laundering.”

The press release goes on to describe more details of this scheme that clearly show why the Deparment of Defense is so concerned (for more information go to: http://www.usdoj.gov/criminal/cybercrime/anchetaArrest.htm )

“Ancheta had become an affiliate of several different advertising service companies, and those companies paid him a commission based upon the number of installations. To avoid detection by network administrators, security analysts and law enforcement, Ancheta would vary the download times and rates of the adware installations. When companies hosting Ancheta’s adware servers discovered the malicious activity, Ancheta redirected his botnet armies to a different server he controlled to pick up adware. To generate the roughly $60,000 he received in advertising affiliate proceeds, Ancheta caused the surreptitious installation of adware on approximately 400,000 compromised computers. Ancheta used the advertising affiliate proceeds he earned to pay for, among other things, the multiple servers used to conduct his schemes.

Ancheta used programs powerful enough to cause the infection of computers at the Weapons Division of the United States Naval Air Warfare Center in China Lake, as well as computers belonging to the

Defense Information Systems Agency, a component of the United States Department of Defense. Both networks are used exclusively by the federal government in furtherance of national defense. After being arrested this morning at the FBI Field Office in Los Angeles, Ancheta was transported to United States District Court in Los Angeles. It is unclear if he will make his initial court appearance this afternoon or tomorrow. Ancheta is charged with two counts of conspiracy, two counts of attempted transmission of code to a protected computer, two counts of transmission of code to a government computer, five counts of accessing a protected computer to commit fraud and five counts of money laundering. Count 17 of the indictment seeks the forfeiture of more than $60,000 in cash, a BMW automobile and computer equipment that the indictment alleges are the proceeds and instrumentalities of Ancheta’s illegal activity.”

Some recent news. Ancheta pleaded guilty to charges of conspiring to violate anti-spam and computer misuse laws, and fraud and will serve from 4-6 years in prison, under the plea agreement – plus heavy fines