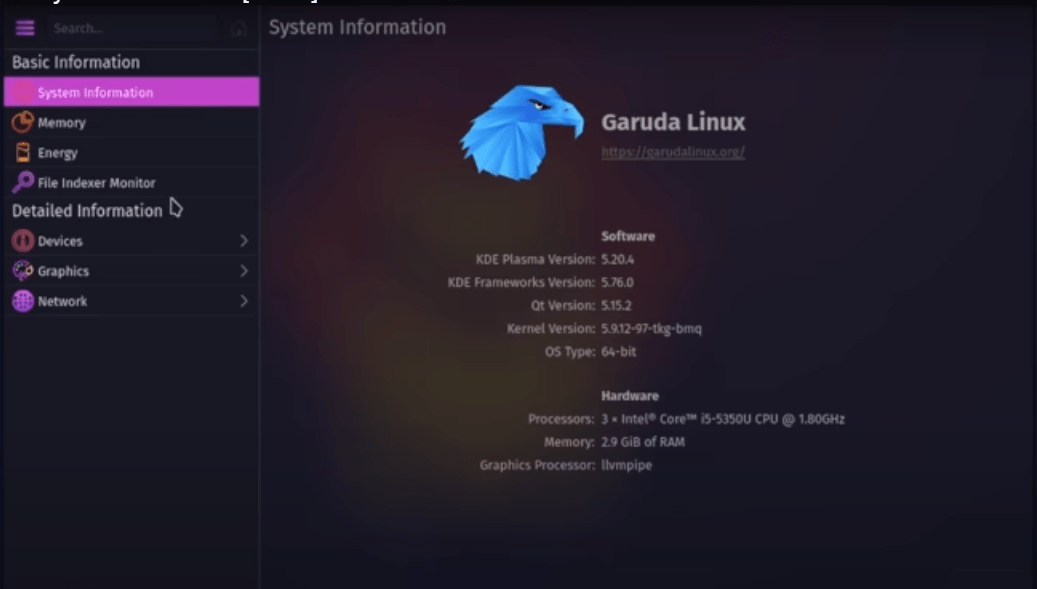 Today we are going to study about new Linux system Garuda, this is an Indian OS which is beautiful along with it powerful too. As this name shows Garuda witch is the rider of God Vishnu, before this a lot of OS comes but this OS is much better than them. This is optimized for gaming but today we will see, This OS have capability of Ethical Hacking and Penetration testing.

Let’s discussed about some good Feature >

So the good news is: You can use it as penetration testing and ethical hacking, here you get the entire tool which is used in Ethical Hacking, Wi-Fi and web penetration testing, you can easily install these tools on Garuda Linux and convert it on penetration testing machine. Packman Package-manager tools allow you to install the application in CLI and GUI mode and also Update or remove them. You can search the tool with the help of it. Here you get multiple tools witch used in Penetration testing, Hacking, Cracking, and Forensic. Like: Metasploit, Wireshark, WPscan, Air-Cran NG, Hydra, Medusa, Jhon all of these tool are easy to install. Also you can install these application using CLI Mode and remove or update them. If you are not getting any tool which is used in testing then you can update the Black Arch Repository then after you can install it.