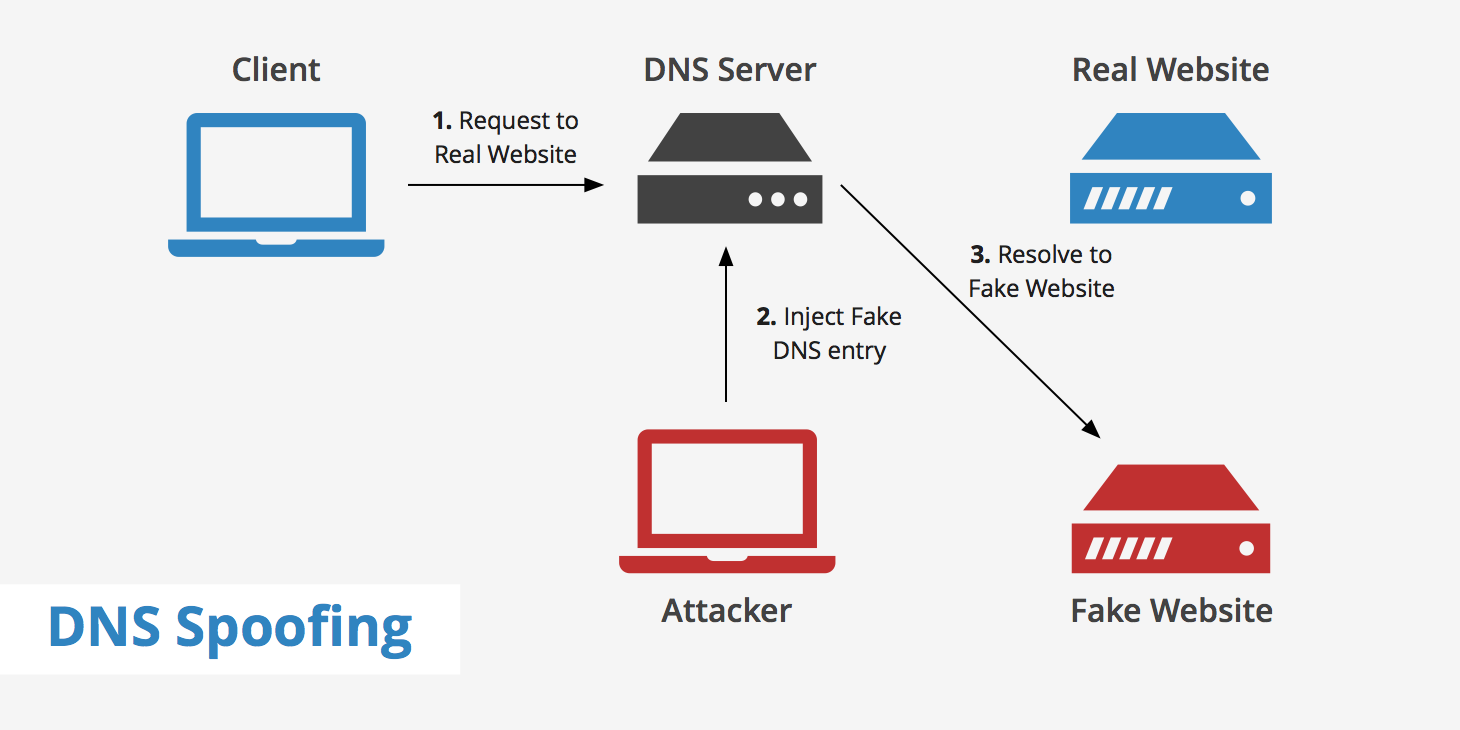 DNS spoofing, also known as DNS cache poisoning, is a type of cyberattack in which an attacker alters the mapping of a domain name to an IP address. This allows the attacker to redirect traffic intended for a legitimate website to a malicious site, in order to steal sensitive information or distribute malware.

DNS spoofing works by taking advantage of vulnerabilities in the Domain Name System (DNS) protocol, which is used to translate human-readable domain names (e.g., www.example.com) into IP addresses (e.g., 192.0.2.1). The attacker can exploit these vulnerabilities by sending false DNS responses to a targeted DNS server, causing it to cache the incorrect IP address.

The most common type of DNS spoofing is called DNS cache poisoning, in which an attacker sends a large number of malicious DNS responses to a targeted server, overwhelming it and causing it to cache the incorrect IP address. The attacker can then redirect traffic intended for a legitimate website to a malicious site, steal sensitive information, or distribute malware.

Another way of DNS spoofing is called DNS hijacking, in which the attacker takes control of a domain’s DNS server, allowing them to redirect traffic from the legitimate website to a malicious site.

Preventing DNS spoofing requires using security measures such as DNSSEC, which uses digital signatures to ensure that DNS responses are authentic, and using a firewall to block traffic to known malicious IP addresses or domains. Additionally, it is recommended to use a DNS firewall or security solution that can detect and block traffic to known malicious domains, and to regularly monitor network traffic and logs for unusual activity.